In July and August 2014, a group of 3 Okas and 6 people set out from the Great Northern Highway near Fitzroy Crossing to cross the north western section of the Great Sandy Desert. With us (Janet and David, Oka 148) were Dave and Pauline (Oka 137) and Deano and Kaye (Oka 413).

We each carried the maximum amount of fuel and water practical (around 300l of fuel and 250l of water per vehicle), food for several weeks, 6 spare wheels (all the same size rims for compatibility) plus a couple of spare tyre casings. Between us we also carried 3 HF radios, 2 Sat phones, 3 GPS navigation systems, an EPIRB and an array of recovery gear.

All 3 Okas were fitted with diff lockers front and rear to cope with the expected soft sandy conditions. Our major safety concern was to avoid a vehicle roll-over at all costs, which is why we were so careful in reconnoitring routes over sand dunes. Between us we felt certain we had the spares, tools and experience to fix or circumvent any major mechanical failure (we didn’t actually have any) but a roll-over would have have been a serious and possibly irrecoverable disaster.

Dave was the architect of the trip since he worked in the area for many years and had prior experience of the terrain and awareness of the sites to be visited. The planned route was to follow former or existing mining tracks or cut lines whenever possible (they may have been unused for up to 30 years)march, our primary objectives being:

Exploration of the Joanna Springs area would be a possible side trip if conditions allowed.

This is what Dragon Tree Soak should look like, (courtesy of a photo from a previous travellers’s account from Exploroz), but we had no idea of the size or exact location in the McLarty Hills of the engraved names: 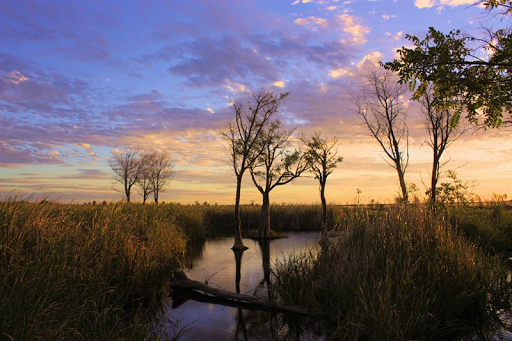 Starting from the Great Northern Highway near Fitzroy Crossing, we planned to emerge from the desert on the NW Coastal Highway near Sandfire Roadhouse, the full distance of the desert crossing being around 800-900km which should take around 2 weeks. Alternative exit route strategies were considered via the Edgar Ranges north west to the Roebuck Plains if the western route became impassable.

Due to emerging fuel concerns we had to abandon the side trip to Joanna Springs, which would have added around 250km to the route, and put that on the list for a future trip.

The blue and red tracks on the map above indicates our actual desert track, with the red centre section (about 400km) being the most challenging section. For most of that section there were almost no visible tracks to follow, only feint Google Earth photos of tracks (which maybe a few years old) that I had saved and geo-referenced for our mapping software before leaving home, and occasional exploration cut lines from the 1970’s and 80’s, most of which are very overgrown at ground level.

We had some old mining maps of the 1980’s and GPS track plots from a couple of previous expeditions, but vegetation conditions can change significantly over just a few years, and even our most detailed topographical maps (EOTopo 200K maps from Exploroz) showed no tracks at all for around 70km where our route crossed the Calvert Expedition’s route of 1896 (the feint yellow south-north line on the map above). That 70km section would take us 2 1/2 days to cross.

Our trek report is split into several sections. Click on these links to read them:

Adelaide to Halls Creek across the Tanami Desert

The Northern Highway at Fitzroy Crossing to the McLarty Hills

Of course, our 2014 outback trek didn’t just end at Sandfire Roadhouse. These are the subsequent sections:

Broome across to Darwin

Darwin to Adelaide and home safely