Rust holes can occur at several places on an Oka but mostly they are cosmetic and affect only the outer body skin and its support bars. Seldom will the main chassis rust badly.

I’ve found the best solution is to cut out the rusted metal, scape, brush or grind off as much surface rust as possible and coat with RANEX Rusbuster. 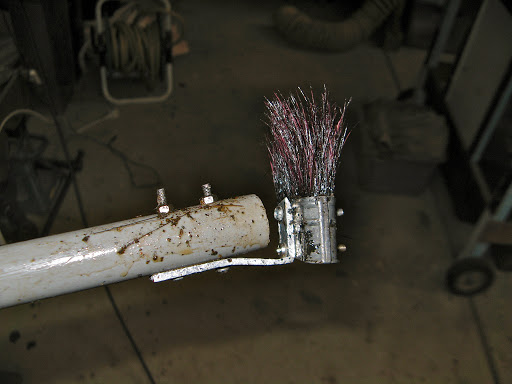 An old paint brush adapted to apply the Ranex

This converts the surface rust to an inert coating which can be directly painted. RANEX is also good for just painting on to rust spots or rusty bolt heads.

I then cover the holes with thin white aluminium sheeting either glued, screwed or pop-riveted on, and smeared sealant around the edges to keep water out. 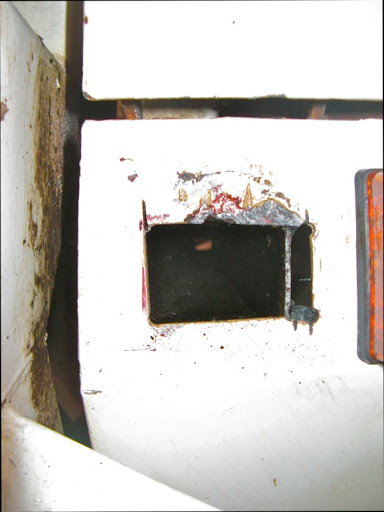 Front side rust hole (both sides). The cross member is badly rusted. 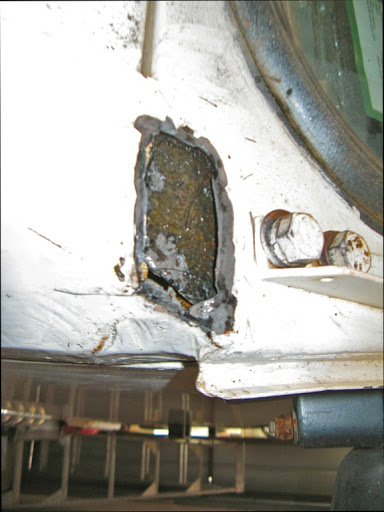 Rust hole where the windscreen meets the front scuttle. 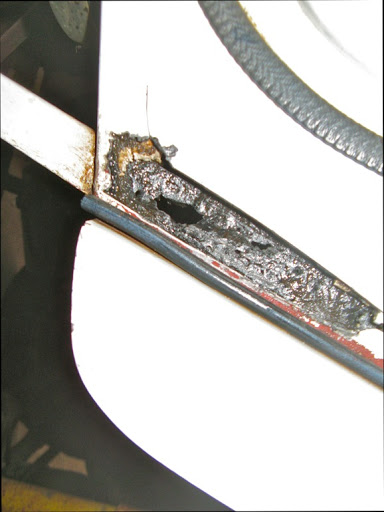 Rust hole where near the air filter Hole covered with a thin plate 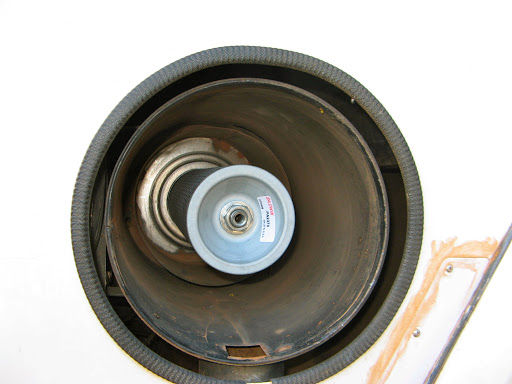 The rust hole covered by a thin plate, the sealant has attracted dust from a subsequent trip